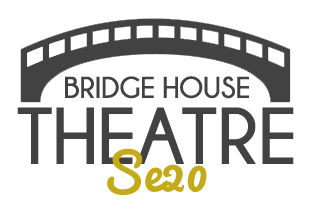 Please browse through the site to find out more about upcoming productions and the team behind the venue.

If you have any questions please don't hesitate to contact us.

I write this newsletter in the hope it finds you well in these difficult times.

It is with a heavy heart I am writing to say that we have had to close the theatre permanently.

Covid has been a terrible time for many industries - the Arts in particular.

Below is a message from our Artistic Director - Guy.

I shall miss our own venue immensely - but as many of you are aware we existed before the venue and we will continue as an independent producing company in the future - this is something we had been thinking about for a while. Working with Guy, Rachel, the actors, comedians, performers and tech crews has been a beautiful experience.

I want to thank each and everyone of you for buying the tickets to support us and a huge thank you to all the volunteers who worked for nothing. You were a pleasure to work with and a huge part of the fun of the job. A special thanks has to go to those who helped as managers of the venue (again on a voluntary basis) - Linda, Wendy and Callum.

Below is a message from our Artistic Director - Guy.

However this is not the end, we still have one amazing event left for you all - details very soon, could it be a final Christmas Blowout ... who knows, keep your eyes open.

2020 has been a truly difficult year, but we will get through it and the Arts will survive ! We need to adapt and we will and look forward to your support - I can't wait to see you all again.

Till next week and the big announcement, peace and as always thank you for your amazing support over the past years.

***
A Message From Guy Retallack (Artistic Director).
2020 has brought real sadness, as well as thoughtful reflection, it is perhaps understandable that after seven glorious years, 30 shows, including 12 premieres, it is with great sadness that the Bridge House TheatreSE20, under the stewardship of Rob Harris and myself, has had to finally close its doors.

I am enormously proud of all of the work that we have produced, the range and variety of material, and all of the talented actors, musicians, designers, lighting designers, stage managers, and lastly but by no means least, our incredibly loyal and supportive audience, without which none of this would have been possible

I would also like to say a massive thank you to Scott Blenkhorn and Sinon Kelly, the partnership who run the Bridge House pub and who shared the same vision that myself, Rachel, and Rob had for a small studio theatre in South East London.

It was Scott and Sinon, who knocked down walls and encouraged us to believe it was possible to attract an audience, but above all allowed us to use their space.

I remember thinking would people even come?! After the first few cabarets and comedy shows, it was with that first production of A Christmas Carol, that I, to my surprise, found that an audience was actually prepared to put their hands in their pockets and pay good money to see our work!

Obviously theatre is a group effort, so you always have to approach it as though you were a team, to that end I asked Rob Harris, who came aboard, to produce and administrate, and however hard things were, we were always a team.

Above all it’s so important to remember that without the actors there would be no shows at all, and I’m proud to say that we have had some of the best actors through our doors over the past seven years, many of whom I have worked with again and again, and all of whom, I’m proud to say, were prepared to work under difficult conditions, in order to produce the most amazing work.

I was lucky to work with many amazing technical staff over the years, often the unsung heroes, from stage managers, lighting designers, set designers and costume designers and sound technicians - BHTSE20 has had some of the best!

I’m also proud to say we have had considerable support from numerous local businesses in Penge, and come to know these fine people, many of whom volunteered considerable hours to help in the running of the venue.

Lastly none of the above would have been possible without the good people of Penge, (and obviously further afield), but it’s the people of Penge who really came out, over and over again, year in year out, to make our productions such a joy to put on.

There are many shows that I’m very proud of, but I think it would be fair to say that it is the repertoire of Christmas productions that the Bridge House TheatreSE20 was perhaps most well-known for, but above all I will miss so much the little world we created!